The web series ‘Rangbaaz: Darr Ki Politics’ is available on Zee5 from 29th July. It stars Vineet Kumar Singh in the lead role, who is a gangster and later becomes a politician. 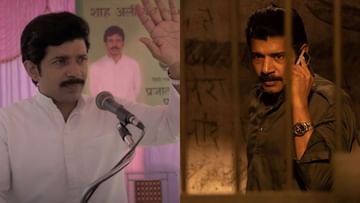 Another season of the web series ‘Rangbaaz’ has arrived. although it Rangbaaz 3 has not been said. It has been named Rangbaaz: Politics of Fear. Like Rangbaaz 1 and Rangbaaz 2, the story of a Bahubali has also been shown in this and after watching the series, it is understood who is being talked about here. But Vineet Kumar Singh, who played the lead role, said that its story may be related to Bihar’s gangster and leader Mohammad Shahabuddin, but it is not up to him. Although it has been said that the series is inspired by true events.

When you start watching the series, soon you can understand that this story meets the Bahubali leader of Bihar, Shahabuddin. The story is also from Bihar. They used to come from Siwan, in this the name of the place has been kept as Dhiwan. The main character is that of Haroon Shah Ali Baig, played by Vineet Kumar Singh. People call him Saheb.

Glimpses of Bihar’s politics will be seen in the series

In the entire series, you will see gangster Haroon Shah Ali Baig. Will see its impact in politics. He becomes an MLA first and then an MP. How the whole system collapses in front of one Bahubali can be seen in it. Even after being involved in many crimes from murder, a witness is not found against him. 2 leaders are shown prominently in the series. On understanding the role of both, it can be known that they are in the role of Lalu Prasad Yadav and Nitish Kumar. The kind of politics that has happened in Bihar in the last 30-35 years is also reflected in it.

From fodder scam to grand alliance there is mention

Vijay Maurya plays the character of Lakhan Rai, a character similar to Lalu Prasad Yadav. Haroon Shah happens to be in his party and looks quite impressive. He decides from the fund raising in the election to the candidate. Rajesh Telang plays the character of Mukul Kumar, in which he looks like Nitish Kumar. His figure of 36 from Haroon Shah is shown in the entire series. The series mentions the fodder scam, the arrest of Lakhan Rai is shown. After this, he makes his wife the Chief Minister in his place, it has been shown. The Grand Alliance is mentioned. As soon as Mukul Rai becomes the Chief Minister, the police tighten the noose on Haroon Shah. You will get to see all these incidents in the series.

Akanksha Singh plays the character of Sana, who is the wife of Haroon Shah. They also have an important role. Prashant Narayan plays the role of a police officer who puts Haroon behind bars. Talking about acting, everyone has done justice to him. Vineet Kumar Singh has played the character of gangster and politician Haroon Shah Ali Baig aka Saheb brilliantly. Throughout the series, he has maintained a threat with his acting, which will keep the viewer in check. The story is presented very well. If you start watching the series once then you will want to watch all the 6 episodes together.