The film revolves around a young and innocent girl named Jerry. Jerry lives with his widowed mother and a younger sister. To meet their needs, their mother sells momos. 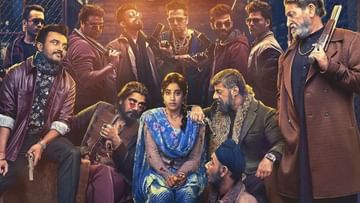 Janhvi Kapoor Although there has been an average performance in films so far, but this film is more fun than all his other films. If it has been a long time since you have seen a film in which you have enjoyed a lot, then you can watch this film of Janhvi. You can call it an experimental film. In this film you will get to see something like Aanand L Rai or Priyadarshan. You will feel very good as soon as you come out of the movie theatre.

‘Good Luck Jerry’ is the official Hindi remake of ‘Kokila’

This movie revolves around an innocent girl.

The film revolves around a young and innocent girl named Jerry. Jerry lives with his widowed mother and a younger sister. To meet their needs, their mother sells momos. At the same time, Jerry is a masseuse who is trying to help run the family. And there is no permission from his mother on his professional life. There is a sad turn in Jerry’s life when his mother is diagnosed with lung cancer.

funny story of this movie

With no money in hand, she goes to a drug supplier who takes her to supply drugs to Punjab in exchange for money. Jerry sees his mother paying the medical bills after which she gets to work. But once she gets caught by the police after which she decides to leave this profession but Jerry’s boss Timmy (Jaswant Singh Dalal) refuses to let him go. Then his entire family gets involved in trying to escape from the drug world. To save his family, Timmy’s boss (Sushant Singh) orders him to deliver 100 kg of drugs to the customer. Now to know the story of the film further, you will have to go to the theater.

Apart from Janhvi, other actors have also done excellent acting.

But we can definitely tell you that you must watch this film once. Janhvi is making a comeback in a little acting from this film, which can be clearly seen in the film. In this entire film, Janhvi Kapoor has captured the Bihari language very well. Stepping out of her comfort zone, Janhvi Kapoor has easily grasped the storytelling style.

As usual in the film, Deepak Dobriyal has been successful in showing a different level of his acting to the people. Playing the role of a one-sided lover, Deepak has done a wonderful job. While Sahil Mehta comes out in a shocking form. Saurabh Sachdeva, Sushant Singh and Meeta Vashisht have got a good space in the film to perform in the film.

The direction of the film is slightly above average.

bollywood news According to this, another meaning of watching this film is that the speed of the film and its editing, which is excellent. The story of the film has also been given a good footing. The film’s director Siddharth Sen Gupta is seen struggling to re-establish the new subplots. Janhvi Kapoor’s film ‘Good Luck Jerry’ will make you feel a great and funny comedy. It is now streaming on Disney+ Hotstar.