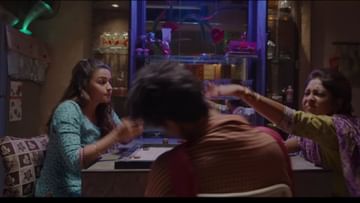 Bollywood star Alia Bhatt’s film ‘Darlings’ has been released on the OTT platform Netflix. The film stars well-known actors like Shefali Shah, Vijay Varma and Roshan Mathew. Alia Bhatt He has also produced the film Darlings. He has co-produced the film with Shah Rukh Khan’s Red Chillies. Earlier this film was to be released in cinema but due to some reason it was released on OTT. Just a day before the release, this film came into controversy. Well, let me tell you about the story of this film.

Darlings story of harassment of women

Talking about the story of the film, it depicts the oppression of women in Indian society. The story of the film is based on Mumbai. The film depicts an old Muslim-dominated area, where a boyfriend and girlfriend get married. But before marriage, the boy becomes a ticket collector in the railway department. It is shown in the film that the boy bullies his wife. He harasses her and his wife suffers silently. The boy is a victim of harassment in his office.

The twist in the story comes when the girl raises her voice against the atrocities happening to her. She does not take recourse to any law and takes revenge on her own. At the same time, there would have been an entry of another person and the past of the girl’s mother also comes in front of everyone.

The entire starcast including Alia Bhatt, Shefali Shah has done amazing acting in the film. Alia has given tremendous screen presence in the character of Badrunnisa. Rajesh Verma also looks like a butcher according to his character. Shefali Shah has left a mark with her acting. After Delhi Crime and Jalsa, she once again managed to prove her worth.


see or not see

The film is directed by Jasmeet K Reen. All the characters have played their role well. But the film’s direction and its script are the weak links. Talking about the music of the film, Gulzar, Vishal Bhardwaj and Melo D have together composed. But this too has been completely ineffective. You can also get bored by watching a film about two and a half hours long.