Big news has come out about Richa Chadha and Ali Fazal. Due to Kovid 19, the marriage of both of them postponed many times, is finally going to happen in September next month. 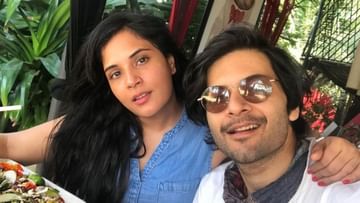 According to online media reports, there will be 2 events related to the wedding – one in Mumbai and the other in Delhi. According to the report, relatives and close friends will attend the wedding. There will be a program of Mehndi and Sangeet in the wedding. Recently, on the question of marriage, Richa Chadha had said that whenever we have thought about marriage, only then a new variant of Kovid comes. In 2020, we had booked the place, but the first wave came, the lockdown was imposed. In February last year, we were ready and talks were going on when the second wave came, which was very painful.

The two met on the sets of Fukrey in 2012 and soon fell in love with each other. Ali proposed Richa Chadha in 2019 after dating for 7 years. Both keep sharing photos and videos with each other on Instagram.

On the work front, Richa Chadha will be seen in the second season of Chaddha Fukrey 3, Inside Edge 4, Candy and The Grade Indian Murder. Ali Fazal will also be in Fukrey 3 along with Richa Chadha. Richa Chadha and Ali are also producing Girls Will We Girls. Ali last appeared in the Hollywood film Death on the Nile. Ali Fazal will also be seen in Mirzapur 3. His character of Guddu Bhaiya in Mirzapur series has been well-liked. He will soon be seen opposite Tabu in Vishal Bhardwaj’s Intelligence and will be seen in another Hollywoodfilm In Kandahar, which has Gerard Butler. Richa Chadha recently appeared in the web series The Great Indian Murder, in which she played the role of DCP. She was also in the film Madam Chief Minister.